Although ferns never bear flowers, they are welcome, evergreen guests in the home, where they thrive best in the shade. Ferns belong to the spore bearing plants. Lacking flowers, they cannot multiply themselves from seed but do this by giving off spores, which develop on the undersides of the leaves, particularly an older leaves. That is why during the ripening period we can find brown powder on our plants, windowsill and table. Unfortunately, it is virtually impossible to propagate ferns from the spores. Ferns with fibrous rooted leaves can be propagated from stems to which a small section of the rootstock (rhizome) must be attached.

The species we cultivate in the home are closely related to our indigenous forest ferns but originate in the tropics. In their native tropical rain forest they grow under a dense mantle of trees, as ground cover or as ‘epiphytes’, living on the branches and trunks of trees, rooted in the remains of rotted wood and foliage. They like shadow and need a moist bed and atmosphere. Because of their tropical origin, ferns are happiest in moist warmth; the most favorable temperature, however, varies according to the species.

The plant likes to stand on an island of water (provided the water level is just below the bottom of the pot) or in an outer container packed with moist peat or moss. But always keep the compost in the pot moist. It is really better to use rainwater that has been kept standing in the watering-can for at least 24 hours. And always use tepid water. You can now buy plastic drainage trays or troughs with raised ridges along the bottom, on which the pots can stand without the risk of a soggy ‘foot-bath’. Most ferns like a moist, cool spot away from the sun, and whoever gives them a little care will be rewarded with really attractive plants that are not all that demanding and can last for years.

a. Adiantum cuneatum (Maidenhair Fern ). Wiry black stems carry delicate, light-green dentate leaflets. Difficult to keep in the living room because of its sensitivity to draught and a dry atmosphere, more suitable for the bathroom.

c. Phlebodium aureum (Hare’s Foot Fern). A trailing fern with long, deeply incised, feathery leaves with an attractive blue-green sheen and crimped edges. The distinctive creeping rootstock of this plant is furry scaled and twines all over the pot.

d. Platycerium bifurcatum (Stag Horn Fern). An epiphytic fern with two distinct kinds of leaf, the fertile, thus spore bearing, often hanging, deeply incised antler leaves are initially covered with white downy hair, while the sterile anchor leaves, which are abroad and flat, grow upward from the base, forming a protective shell like shield, giving the appearance of a plant in a pot.

e. Pteris cretica (Ribbon Fern). A hardy fern with single feathered leaf-fronds. The lowest leaves are also incised. There are clear differences between the sterile and fertile leaves; the latter carry spore clusters on the undersides of the leaves, which are narrower and have longer stalks. 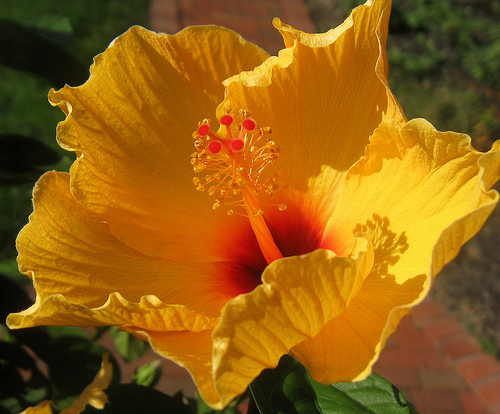 Where Do New Plants Come From?

Plants The keeping of plants is no recent innovation: on the contrary, the techniques and traditions of growing them indoors in pots have been appreciated for countries…. 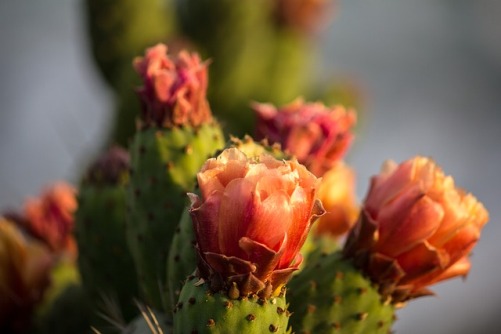 Cacti Species The cultivation of cacti goes back a very long time. Growers were already collecting cacti in Greek and Roman times, but their endeavours then, as…